This year is extraordinary and special because of many things, among them how Sarajevo Film Festival will be presented at this year’s Zagreb Film Festival. We decided to change our focus toward young filmmakers and present the most successful films by students of film academies in Bosnia and Herzegovina. We have a selection of 10 short films which are different, dynamic, and special, yet bold and fresh. From the oldest film academy in Bosnia and Herzegovina, the Academy of Performing Arts in Sarajevo, we present five films: Scars by Almir Zoletić, My Dad the Clown by Sara Ristić, Plehan by Luka Vlaho, The City That I Hate by Gabrijel Lazić, and the already award-winning B4 by Alen Šimić (award for the best Bosnia and Herzegovina student film at Sarajevo Film Festival). From the Academy of Arts in Banja Luka we have four films: Thrall by Igor Đurić, The Roots by Stefan Tomić, Why Is Mom Always Crying by Karmen Obrdalj and With the Shape by Nemanja Vučenović. From the Sarajevo Film Academy, we have Veno by Rea Memić. Among the films we have documentary and animated films which give us a good insight into the student production of short films in Bosnia and Herzegovina, which is the most dynamic and liveliest of all. The short film always gives a sense of vitality of the film making scene, and judging by these films, Bosnia and Herzegovina has a lot to look forward to in the future.

Enjoy the online edition of Zagreb Film Festival with these short films. 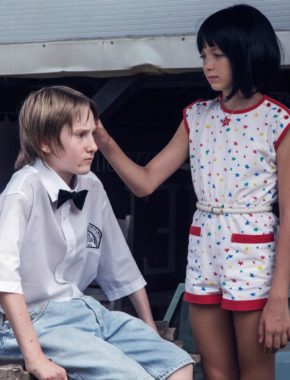